Black Dymond Boxers
This is where our retired girls and boys can be viewed. These are dogs that were a special part of of our home and breeding program and have either crossed the rainbow bridge or are living out their life on our couch.
GCH South Willow-BlackDymond's Isnt She Hvnly of Obravo, CGC, TT, HAT
ARVC Neg, DM At Risk
0/0/0 Holter 2016
Echo Clear

Astraea came to us from our good friends at South Willow Boxers. She is everything a boxer should be. After obtaining her Grand Championship Title she quickly obtained her CGC. Then she underwent Temperament Testing through the American Temperament Test Society and passed with high scores. After that she ventured to Reno where she passed her Therapy Dog testing through Therapy Dogs International. Our male "GCH Black Dymond's Ring of Fyre" is Astraea's son and has her amazing disposition. Astraea's grandson Brody passed his Therapy Dog testing at the tender age of 7 months! Great minds definitely run in this line. 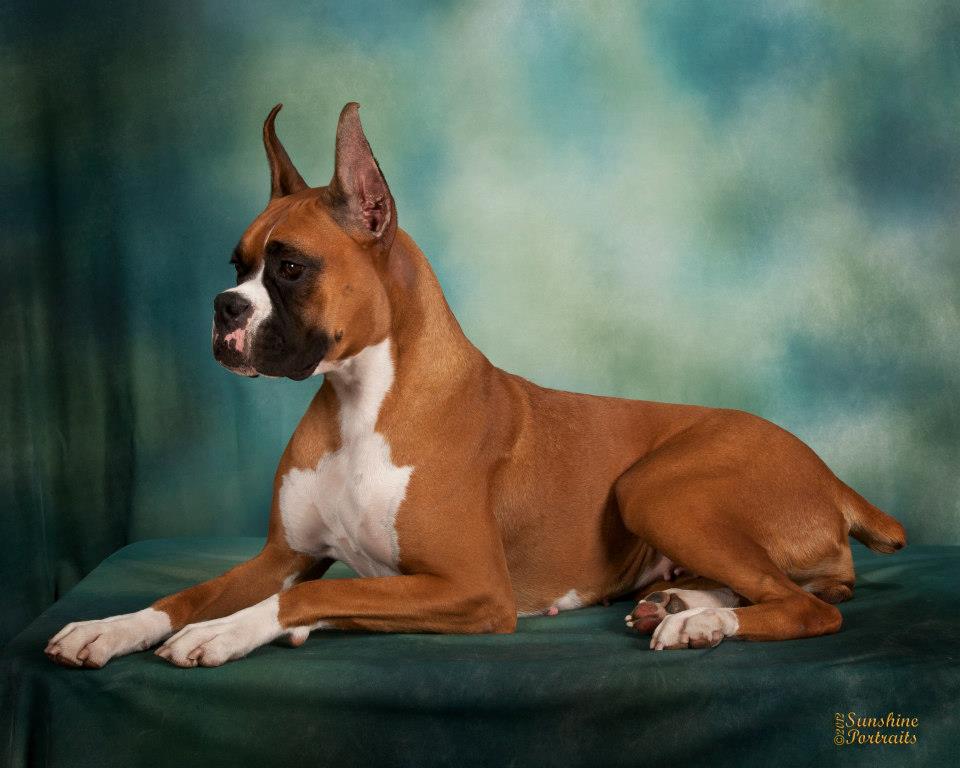 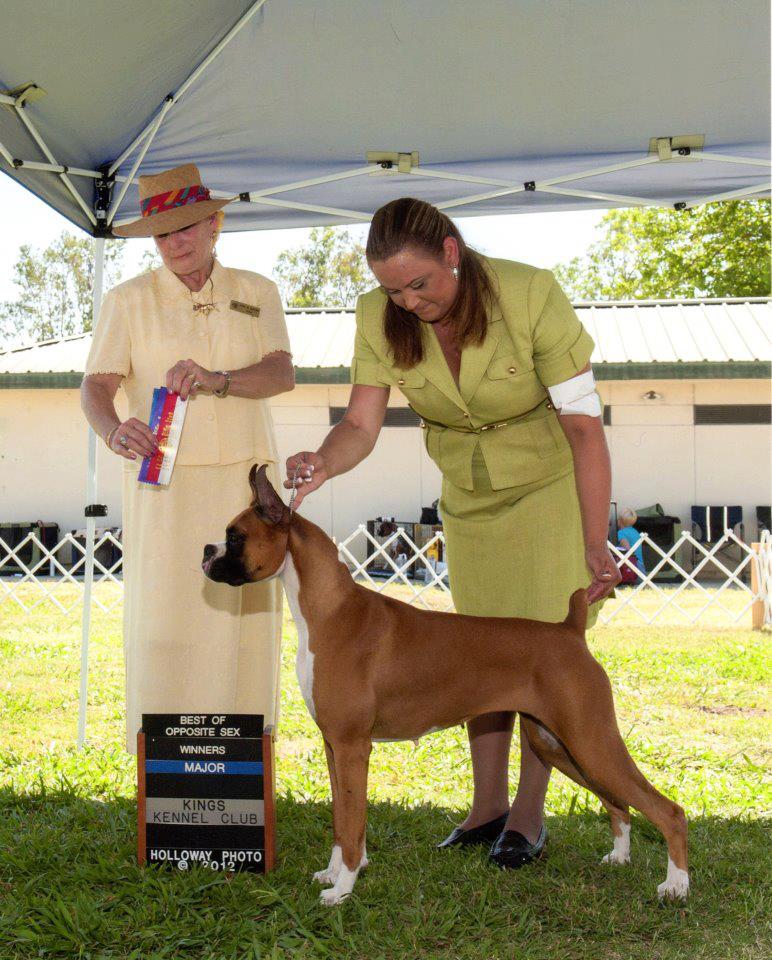 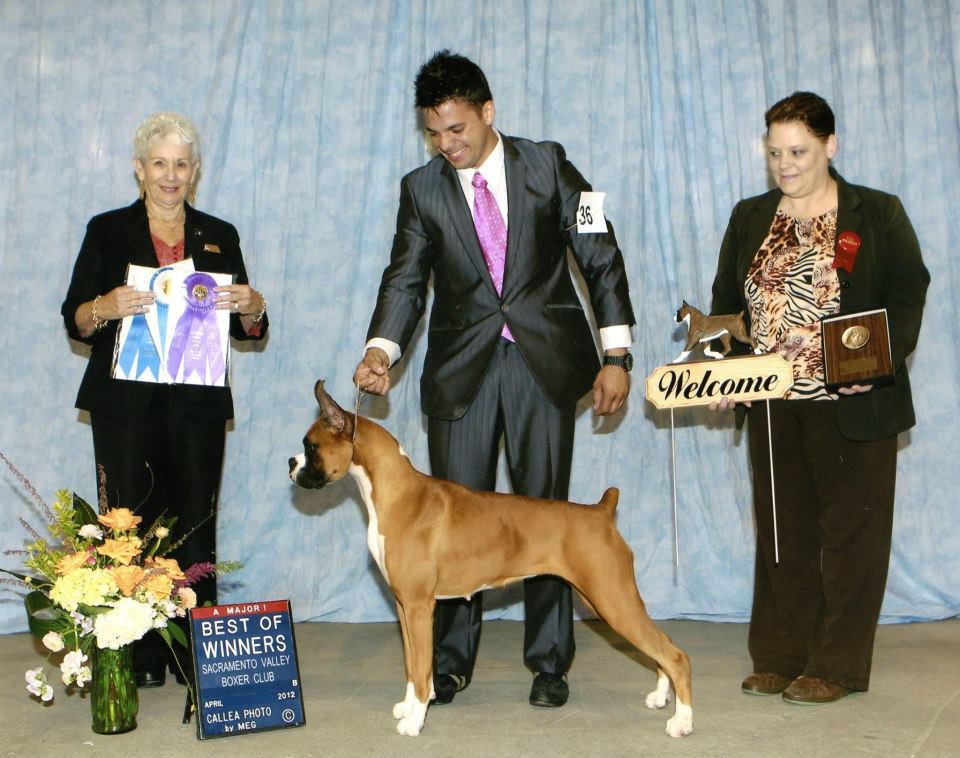 When Alex was born, we knew that she was something special. Even though she was wrapped in a "plain" coat she was something to look at. We called her our Jessica Rabbit. Boy were we right. Alex earned 3 Specialty Majors while she was being shown. In 2018 she won 3rd out of 12 entries in the Brood Bitch Class at the American Boxer Club Nationals. In 2019 not only was Alex awarded her Dam of Merit plaque at the American Boxer Club Nationals, but was also presented with the Holly Lane Award, which is for producing the most Boxer Champions in 2018. She currently has 7 Champion Offspring with one more being shown. 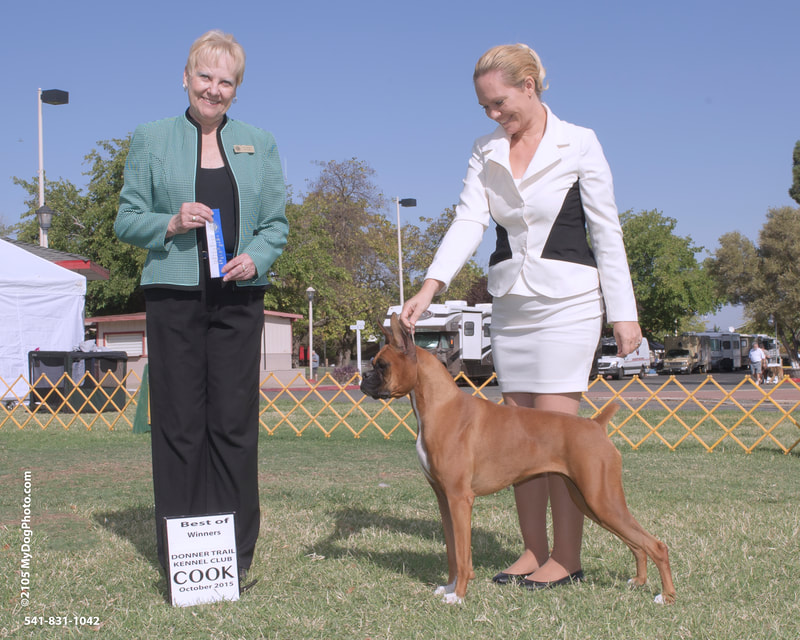 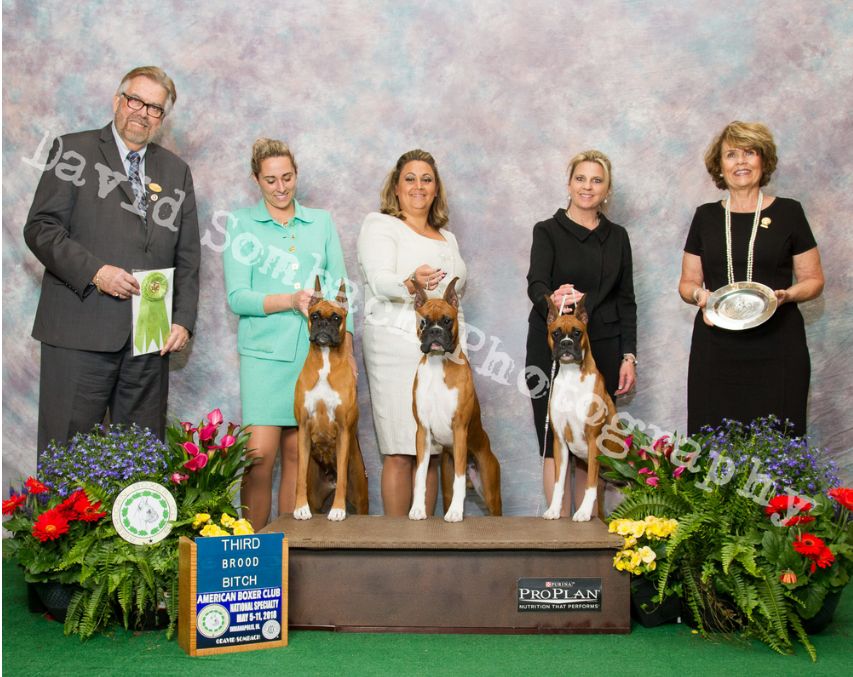 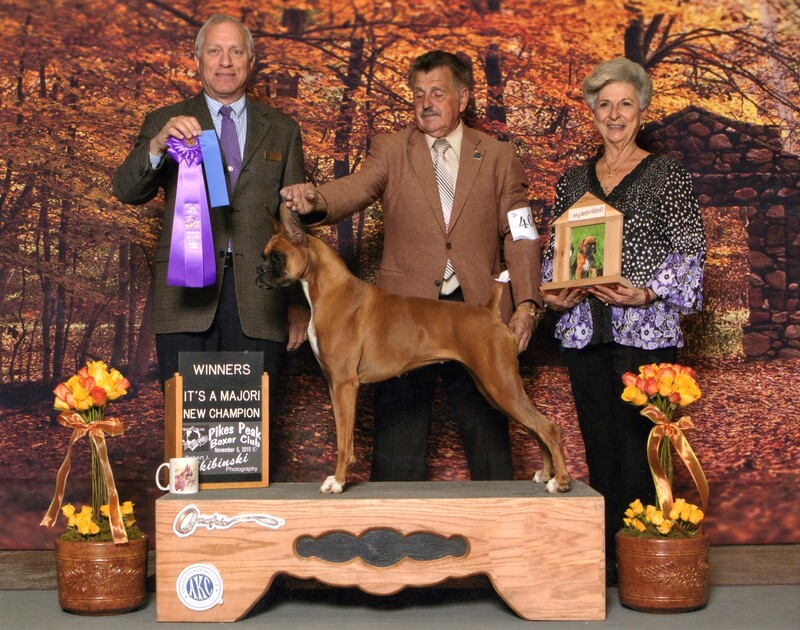 Beret was one of the last babies from our "Montana". Beret was not thrilled with the show ring, and since we believe that a dog should enjoy showing, we did not force her. She stayed with us as our ranch dog and produced some awesome babies. Her last litter will be hitting the show ring in 2020 sired by our co-owned boy Gunner.
ARVC Neg, DM Carrier
0/0/0 Holter 2019
Echo Clear 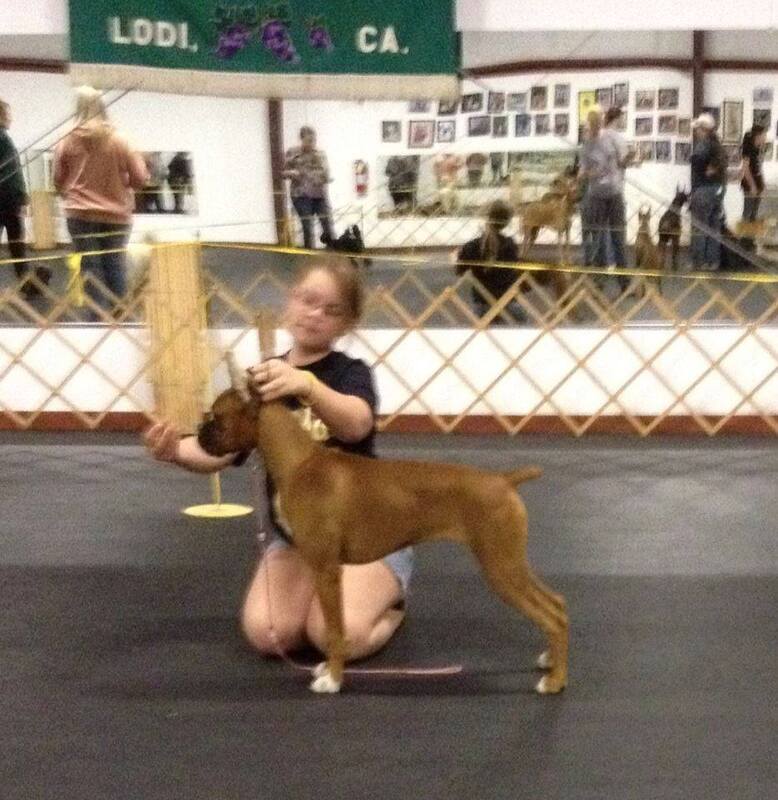 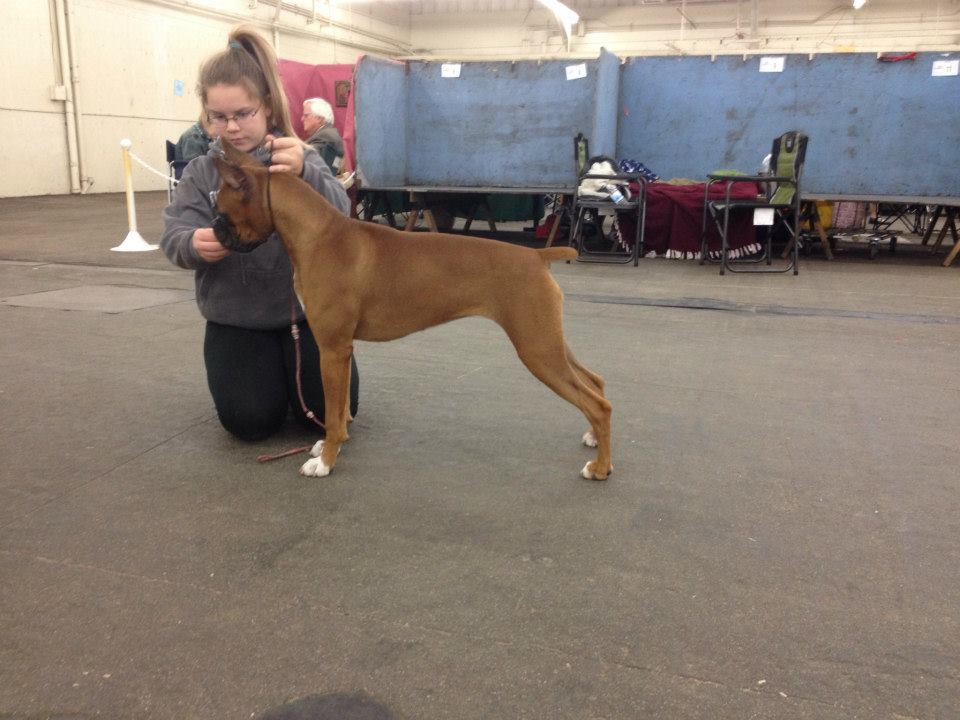 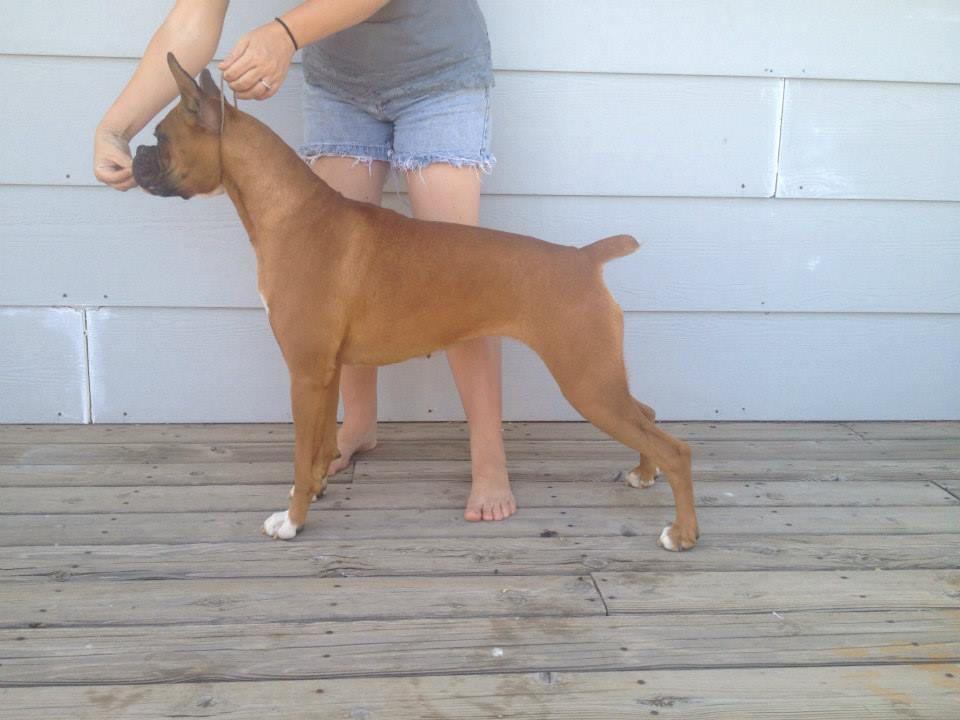 Montana was one of our first girls purchased from a show breeder. She produced two litters for us, her last one gave us Beret. While she did not win a ton of blue ribbons she was well known for escorting our Special  Needs son Kaleb around the show ring in the newly created Special Needs Handling Class. Montana had one of the kindest souls of any dog we have had the honor of sharing our home with. 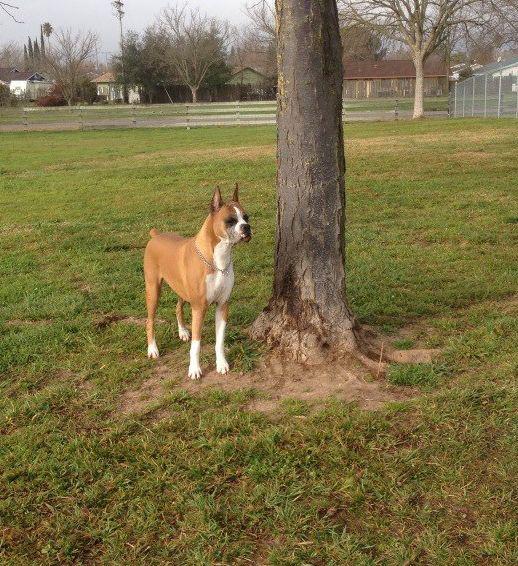 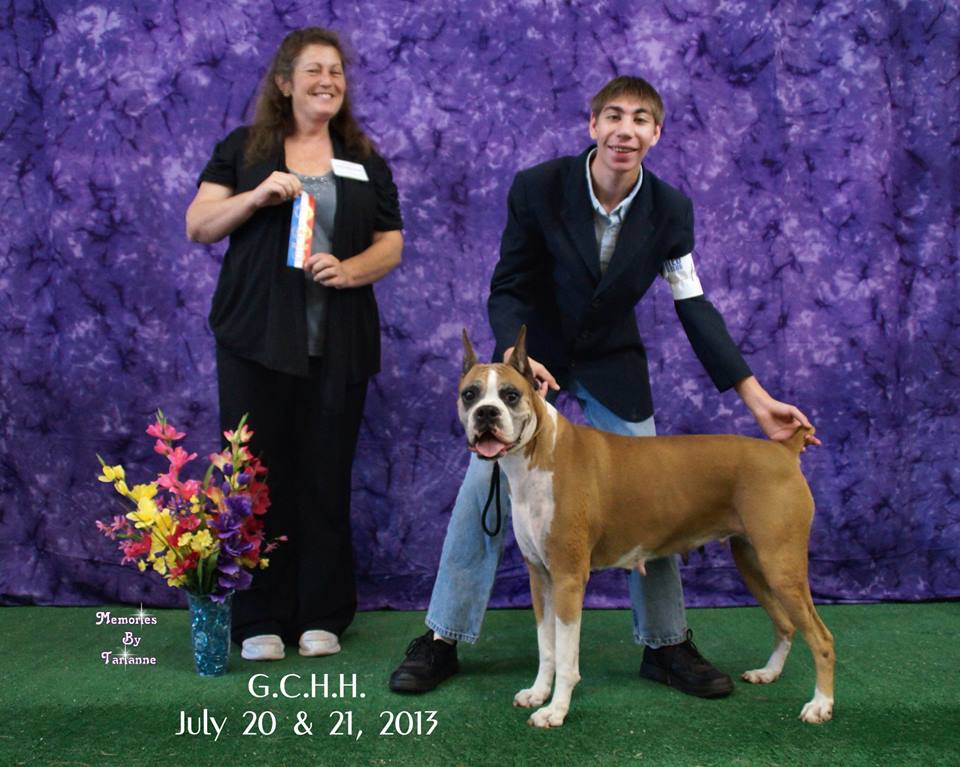 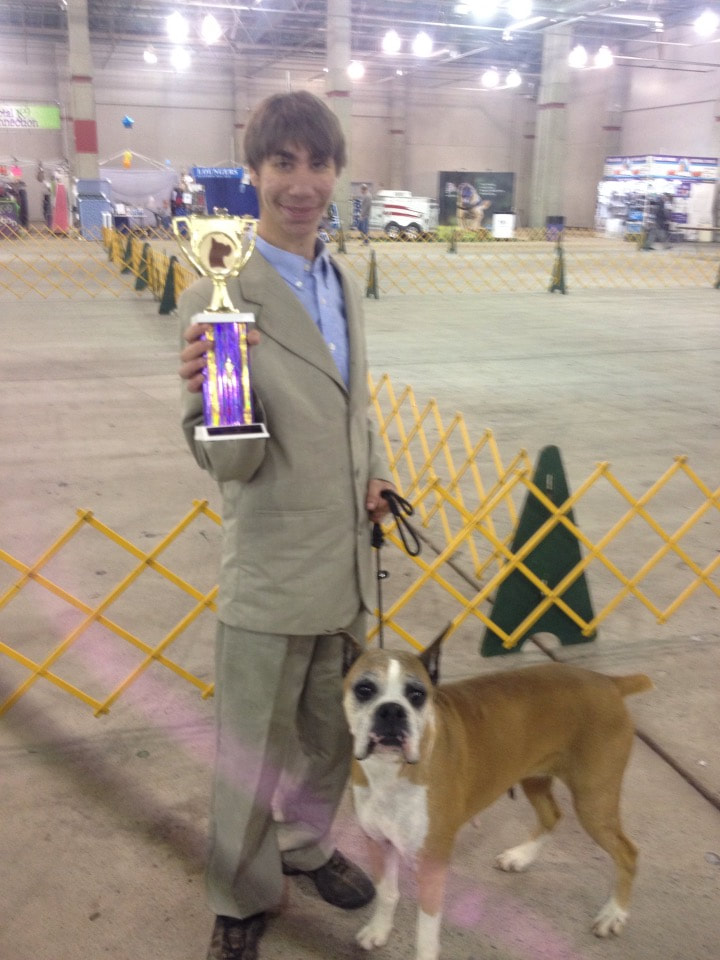